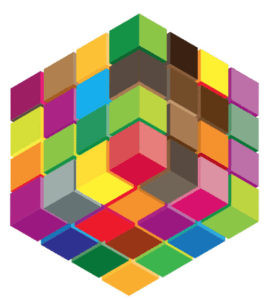 You May Be Lukewarm If…

You are here: Home / Papers / ORGANIZATION / You May Be Lukewarm If…

You May Be Lukewarm If
Paper No. OCCG-018

A study based around the church at Laodicea being lukewarm and the church at Ephesus having lost their first love, which is taken to mean they were also lukewarm.  The paper is to help make a determination whether you are lukewarm, not what to do about it if you draw that conclusion.

The brief letter to the Laodiceans mentions lukewarm as if the meaning was obvious to the reader.  Likely “having left your first love” at Ephesus is an example of what being lukewarm is.

Whatever it is, it should be really important to us as being spit out of Jesus’ mouth can’t be a good verdict for us.

Our 12,311 congregations in the US are presently declining as a group by about 0.5% per year, so it should be reasonable to say that at least 50% of our congregations are lukewarm or cold.  Cold was not intended as a better alternative, just a clearer alternative.

These results would indicate that subjective self analysis does not give a reliable indication of a congregation’s situation.  As this is a really important subject and self analysis is not a good guide, what are local leaders to do?

What would also likely not be a reliable indicator would be to let the leaders at another lukewarm congregation give you advice.  As criticizing you would be in effect criticizing themselves, subjectivity questions would creep in there also.  It would be some better, but often not objective enough to be relied upon.

Paying a church growth consultant to come do an analysis has some potential, but he must give a report to the people who are paying him, and whose recommendation can have a lot of impact on his business.

The subject of being lukewarm has been much of the focus of the work of the OCCG Think Tank. Even the logo of the OCCG Think Tank as seen above reflects the classic church of Christ pattern of being hot, then lukewarm, then cold.  No one has disagreed with the sequence, but the question is where does the transition between hot and lukewarm occur?

The graphic above is repeated below with possible locations for this transition to typically occur.

At this point it would be good for each reader to look at the graphic and pick a letter as to where you think this transition occurs.  There is not a correct answer and it will vary some from congregation to congregation.  It is just a method to try to help clarify the situation.

Members of the OC Church Growth Think Tank had a variety of initial responses to the question covering the range from “F” to “M”.  The average response was about “J”.

The period between “F” and “J” were considered transitional.  “J” was settled upon as the effective transition to being lukewarm.  It was likely that a single event occurred in the congregation causing the congregation to become lukewarm.  Likely events suggested were approaching a completely full auditorium with no plans to do anything about it, a significant change in doctrine, the appointment of a controversial shepherd, the firing of a popular preacher, or the hiring of an unpopular preacher.

Whatever the event was (or events were), the church continued to grow some due to inertia and then settled down to a reasonably steady non-growth situation.

Once in a lukewarm situation, it is very important to return to an evangelistic growth situation, but is very hard to do.  Whatever the factors are which prompted the transition to lukewarm are likely still in place and have probably multiplied.

As indicated before, self analysis is typically very difficult to do objectively at this time.  In a clearly lukewarm congregation, the Shepherds are working as hard as possible, so what more could anyone expect of them?

The most frequent approach to solve this situation is for the Shepherds to urge everyone to work harder at what didn’t work last year, but did work 20 or 30 years ago.  This implies that no one was actually working hard last year, but is going to work harder this year.  This is characteristically not true on either count.

This is probably a situation where leaders need to learn to work smarter rather than harder.  The first part of working smarter is to honestly determine whether you are lukewarm or not.  If you actually conclude that you are a lukewarm congregation, you are likely to make needed changes.  As last year’s plan won’t do any better next year, you should be ready for taking a fresh look at how to scripturally operate your congregation in the 21st century situation.

The objective of this paper is not to suggest to you what to do, it is just provide questions to help you decide if you are lukewarm

Following are 3 sets of characteristics found online to identify if you are lukewarm.

These are well meaning and we would agree with most of them, but something is lacking.  They are mostly subjective judgments.  For example,  someone is “rationalizing” their sins, they do not think they are rationalizing their sins.  Seeing this on a list will not do anything for them.  Most cold congregations would say “yes” to most of those questions.

The search is for questions which will give an objective analysis in some way.

There are no perfect questions and there is no correct score for the following.  This is just for your assistance.  Simply put a 1 or a zero in the blank provided depending on whether it is true or not true for your congregation.  Sum up the total at the end of the questions.  There is no correct minimum sum.

Some of the questions will not apply to your congregation at all and can simply be ignored.  Likely you will think of other questions which would be helpful to add to the survey.  Contact us at the address below and we will add them.

We would strongly suggest that each shepherd and the pulpit minister fill out the questions and get a sum.  Then compare the answers and discuss them in a closed meeting.

At that point, it is best to tell no one in your congregation about the questions or your answers.  This is because, as an example,  if you said you have concluded you are lukewarm in part because no one says they liked a song service, guess what will happen.  Even if the song service doesn’t improve, people will compliment it to get rid of the symptom of being called lukewarm.  In that case you need to get with your song leaders and suggest they get together and figure out how to make the song service better (called delegation).  The measure of the results will be the natural responsive comments by the members.

This is a pattern which can be applied to any question.  It is important that you control the process to implement helpful change, not just to take on the symptoms of change.

One thing to know is that the questions are not going to be what you likely expect.  They are not identified as the cause, correlated with or symptom of lukewarmness.  Just typically associated with lukewarmness.

We hope that this might be of some assistance to your congregation.  It is presented with prayerful consideration with the health of the Lord’s church in mind.  If you can make suggestions on how to better communicate this issue to our sister congregations, please let us know.

It is true that this implies a level of organization which simply does not exist at many, if not most, congregations.  The objective of the OCCG Think Tank Delcon Church Software Package is to help you overcome being lukewarm. DelCon is specifically written to match the church of Christ scriptural pattern of organization and practices.

The Delcon Church Software Package attempts to help in this process by providing an automatic monthly committee reporting blank.  It can be used in the singing case by asking your worship committee for a regular report on positive and negative member comments regarding the song service.  The integrated question can suggest the importance for an inspirational service without saying you are looking at it is a lukewarm symptom.

The program’s sample DelCon job description for the Worship Committee includes this question as an optional Shepherd request items as an example.

The Delcon Church Software Package is sponsored by the OCCG Think Tank and is freely given to any church of Christ through the address given below.  An informational paper on the subject is posted to occginstitute.org.

Send your requests, ideas and suggestions to info@thearray.org